Both Matco-Norca and SVF Flow Controls rely heavily on the trucking industry to move products domestically from our warehouses to our customers, and then to contractors. Your company is likely in a similar situation. While the trucking industry has been finding it hard to attract (and retain) new drivers for years, COVID is exacerbating the issue and baby boomers are being forced into an early retirement.  That’s not all.

According to the Commercial Vehicle Training Association (CVTA), typically 25,000 — 40,000 Commercial Drivers Licenses (CDLs) are issued each month–the pandemic has “abruptly halt[ed]” the process. Future drivers were unable to get behind the wheel.  According to Bloomberg, a recent study confirmed that there were more than 14 million truck driver job postings between 2019 and 2020. That is a lot of seats to fill…literally.

It’s more than just attracting “new” drivers–younger generations are not interested in pursuing a trucking career. More than half of truck drivers are over 45, and 23% are over 55, which indicates that Gen X and Y aren’t considering trucking as an industry they want to explore. Is that a marketing issue, or simply misinformation? A recent article in Inbound Logistics talks about things like leveraging technology to optimize the drivers time and allowing them to better plan their schedules, improving the driver experience to reduce delays, discusses automated functionality in today’s modern trucks to dispel myths that learning to be a trucker is hard, and widening the hiring pool by allowing 18-year-olds to take part in mentorship programs and attracting more women drivers by addressing safety issues.

“The shortage of drivers has impacted the container unloading at ports on both coasts.  The ports of Long Beach and Los Angeles have recently announced they will be going to 24/7 shifts.  If there are not enough drivers (or trucks or chassis) to keep up with the container volume it will be another choke point in the supply of the incoming goods,” informs John Grasso, VP of Operations for Matco-Norca and SVF Flow Controls.

While we aren’t the ones driving the trucks, we rely on them to get orders in customers hands on time. It’s known that trucking is not a sought-after profession, but shipping remains a very important to the supply chain. According to Supply Chain Game Changer, in the U.S., over 70% of the goods  transported are  moved by the trucking industry. Improving the process, the perception and the safety of truckers would go a long way and we could all do our part in educating other generations to consider it as a viable career path.

HAVE A QUESTION FOR OUR FLOW CONTROL TECHNOLOGY EXPERTS?

STAY UP TO DATE WITH OUR NEW WEBINAR SERIES 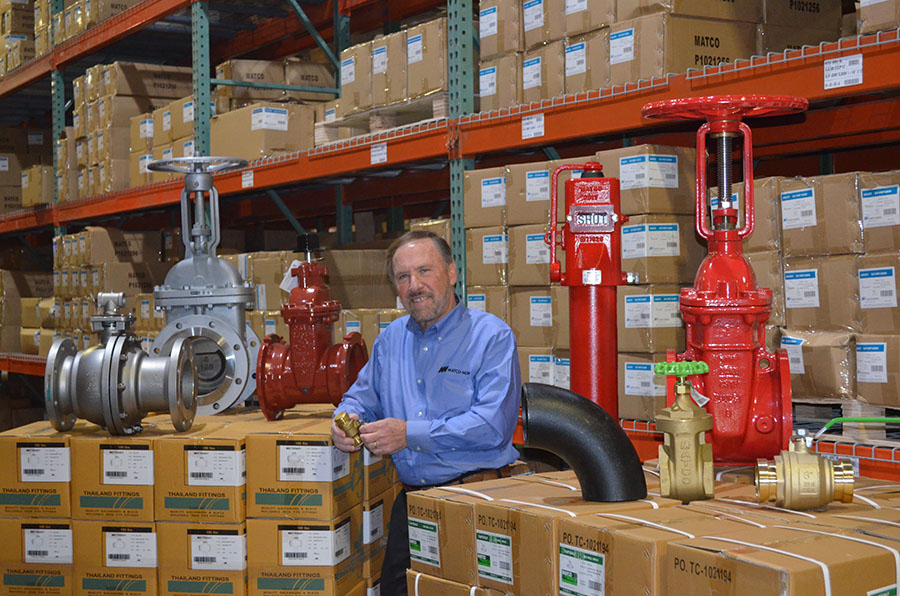 A Final Farewell to Dov, Co-Founder of Matco-Norca

BACK TO THE BLOG